What is a Hyper-Threaded Processor and Does it Matter?

There is a lot of confusion these days with all the new processor technology that has come out over the last few years. Intel has released a great amount of different technologies such as Hyper-Threading, the Core series, as well as VT technology. Now, I’m sure after reading these terminologies that Intel has coined you’re thinking “what does that mean for me?”

Well I am so glad you asked!

Hyper-Threading (HT) is a technology Intel released on their Pentium 4 and Xeon-equivalent series of processors. When you use a HT-enabled CPU you will notice in your system profile that it reports you have two processors instead of just one. While you think,”that’s amazing! I have two processors IN ONE!” this is not the case. What HT actually is, technology-wise, is a duplication on certain sections of the processor that handle the state of threads. It does not actually duplicate the main resources on the processor.

This allows the operating system to schedule two threads at the same time. A thread is basically an instruction that is given to the CPU and waits for a result. When a program is compiled to be multi-threaded that means that the processor in theory can execute two threads at the same time, since the operating system sees two processors. This improves processing performance because a lot of the data executed on a processor is actually mathematical guesses based on statistics.

With Intel’s new line of processors, which are commonly known as the Core series, there is a whole new idea on multi-threaded processing. Rather than only duplicating a portion of the CPU, like in the Pentium 4 line, Intel now makes duplicate cores on the same CPU. You can tell the number of cores each processor has by the naming scheme.

For instance, a Core Solo only has one 32-bit processor while a Core2Quad has four 64-bit processors. The main difference between the Core and the Core2 line is that the Core line only has 32-bit capabilities while the Core2 line has 64-bit. Now you’re probably thinking “So what, Intel already has Hyper-Threading, so what good is this?” The main difference is that there are actually multiple cores on the same CPU. There is no stalling and waiting on a core when using a multi-threaded program, as it can pass threads on to an entirely different CPU. This is great for systems that need a lot of threads executed as soon as possible. There is also increased cache on these processors, as well as a faster bus speed, so they are able to execute instructions at a much greater pace over the Pentium 4 line.

Now that you understand cores, let me inform you of one cool thing on the Core series that doesn’t exist on most of the Pentium 4 line. It is known as the VT bit. This bit is a flag on the processor that is used for hardware virtualization. It allows more efficient use of the processor when running a virtualized operating system. A virtualized operating system is when you use software such as VMware or parallels to run an operating system inside your existing one. For instance, using VMware you would be able to load Linux onto a virtual machine and give it access to the internet, while running Windows on your machine. To the outside world, the Linux machine would look like its own server entirely when really it is sharing resources from your Windows machine.

With all the budding technology in processors it’s hard to keep up and understand all the terminology the manufacturers introduce. I hope I was able to explain to you some of the main technologies Intel has implemented into their processors, and plan to provide you information in the future on how you can take advantage of some of these features.

What is the GDPR and How Do I Ensure My Business is Compliant?

CentOS vs Ubuntu: Choosing the Right Linux Distribution for Your Server 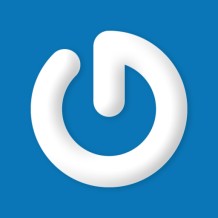